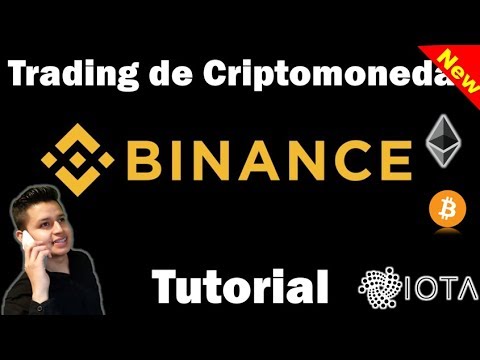 Usually, bull markets attract a lot of new investors - although speculators should be the right word here - and as usual, a lot of them are going to be crushed a way or another.
First, before putting a single dollar, euro or whatever in the market, you should read a lot to know exactly what you're looking for.
Are you here for the tech and/or the cypherpunk ethos ? Great, there's lot of resources out there (my links are cleaned but as always, do your due diligence) :
Now, you've read and you want to put some skin in the game. Several exchanges are acceptable, a lot of aren't, be careful and assume that none really are (know that I won't post any ref links) :
This was for centralized exchanges aka CEX. Talking about custodial, you'll need wallets to store your (bit)coins. Always try to use non-custodial wallets, which means wallets that give you your private keys. This way, if the software goes down, you can always retreive your money. Now, I won't link to all the existing wallets but will advise you to buy hardware wallets (trezor or ledger but there are others) or to create (on off-gap computers) paper wallets you're able to store safely (against all risks, not only robbery but housefire). You also could use your memory with brain wallets but, my gosh, I wouldn't trust myself. For Bitcoin (or even Litecoin), Electrum software can do a good job (but save your keys).
AGAIN, DON'T KEEP YOUR SAVINGS ON AN EXCHANGE
Now, about trading : it's been repeated and repeated but don't chase pumps and altcoins. Yep, it's probably the fastest way to make money. It's also the fastest to lose it. I won't lie : I made good money during the 2017-bullrun and I took profits but I also forgot to sell some shitcoins thinking it would keep going up, now I'm still holding these bags (although I don't really care). I know that a lot forgot to take profits. Take profits, always take profits, whatever your strategy is. Don't fall for people trying to sell you their bags, for ICOs trying to sell you a product which isn't released yet and obviously, don't fall for people asking for your private key.
Also, know that there's two endgames : accumulating bitcoin or fiat. I'm rather in the first team but whatever your strategy is, take profits. (Yes, I know, some will say accumulating ethereum or something else). It's true that a lot of ethereum holders made a lot of money during the last bullrun (ethereum helped me make money too) but I'm really biased in favor of bitcoin (and monero). So, pick your coin but again, do your due diligence.
A lot of people here or there will talk about the best tech, the fact that bitcoin is old and slow. I would need another post to go further on this point but know that a lof of air flight systems are old too but reliable. Trustless and reliable is the point here.
This is the post from someone who bought bitcoin seven or six years ago, who lost part of them, who spent part of them (but don't regret this at all), who is still learning and I hope it will help others, although it would need a book to be complete.

Decentr is a protocol designed to make blockchain/DLT mainstream by allowing DeFi applications built on various blockchains to “talk to each other”. Decentr is a 100% secure and decentralised Web 3.0 protocol where users can apply PDV (personal data value) to increase APR on $DEC that users loan out as part of of our DeFi dLoan features, as well as it being applied at PoS when paying for stuff online. Decentr is also building a BAT competitor browser and Chrome/Firefox extension that acts as a gateway to 100% decentralised Web 3.0


Allows DeFi Dapps to access all Decentr’s dFintech features, including dLoan, dPay. Key innovation is that the protocols is based on a user’s ability to leverage the value of their data as exchangeable “currency”.


​
A fee is charged for every transaction using dPay whereby an exchange takes place between money (fiat and digital) and data, and vice versa, either as part of DeFi features or via a dApp built on Decentr. They are launching pilot programmes in the following industries:
Decentr recently complete their token sale on a purchase portal powered by Dolomite where they raised $974,000 in 10 minutes for a total sale hardcap of 1.25M. The $DEC token is actively trading on multiple exchanges including Uniswap and IDEX. Listed for free on IDEX, Hotbit, Hoo, Coinw, Tidex, BKex. Listed on CoinGecko and Coinmarketcap. Listed on Delta and Blockfolio apps.
➡️ Circulating supply: 61m $DEC.
➡️ Release schedule and token distribution LINK -> NO RELEASE UNTIL 2021.
➡️Contract Address - 0x30f271C9E86D2B7d00a6376Cd96A1cFBD5F0b9b3
➡️Decimals - 18, Ticker - DEC
➡️Uniswap link: https://uniswap.info/pai0x3AEEE5bA053eF8406420DbC5801fC95eC57b0E0A
⭐️ HOW TO BUY VIDEO: https://www.youtube.com/watch?v=iloAiv2oCRc&feature=youtu.be
$DEC Token utility:


A tradeable unit of value that is both internal and external to the Decentr platform.A unit of conversion between fiat entering and exiting the Decentr ecosystem.A way to capture the value of user data and combines the activity of every participant of the platform performing payment (dPay), or lending and borrowing (dLend), i.e a way to peg PDV to tangible/actionable value.Method of payment in the Decentr ecosystem.A method to internally underwrite the “Deconomy.

WE honestly need to start using this site more. I just sent over my BCH for the CDY fork coming in 2 days and literally 1 second after I inititated the transaction from my Ledger Coinex picked it from the mempool and had it in the pending slot. I've never seen an exchange pick from the mempool that fast... If they get more pairing I honestly will be using them alot more.

AMA Recap of CEO and Co-founder of Chromia, Henrik Hjelte in the @binancenigeria Telegram group on 03/05/2020.

Trade over 40 cryptocurrencies and enjoy the lowest trading fees in America. Binance is the world’s largest cryptocurrency exchange by trading volume. Today, Binance has specialized software available for Android and iOS users as well as PC and Mac OS users. Download the free Binance desktop client today to begin trading in a secure, easy-to-use environment. Binance Adds Compliance Tools From Chainalysis. Binance, the largest crypto exchange in the world by trading volume, is now in a partnership with Chainalysis to use its crypto compliance solutions. This way, the company announced today, October 17, that it will use this technology as a new global compliance solution. Download Binance for iOS to cryptocurrency Exchange App. Binance App. Crypto trading is available with 24/7 support on our platform, allowing for fast and efficient trading across multiple ... Cryptocurrency Exchange Software from Coinsclone that helps you to launch your bitcoin and cryptocurrency exchange trading platform. Start your free trail now Free Bitcoin Trading Software for Binance Open source software Trading software is not just a blank check to see if someone else has programmed a programming language. It takes a team of highly skilled programmers and designers to build, maintain, and adapt trading robots to develop them into what they can. Every aspect of the cryptocurrency trading robot is designed to be efficient. Bots ... Binance, exchange de criptomoedas - nós operamos a maior exchange de bitcoin e altcoins do mundo por volume Peer to Peer Exchange: As mentioned in the earlier question, we have a Centralised P2P Crypto exchange software. Using this powerful solution, you can start a Binance like Crypto exchange instantly. This software is free for Download here. Over-the-counter Exchange: The next bitcoin exchange script we have in store is the OTC exchange script ... With our Binance clone script, you will be able to release your very own exchange platform that is just like Binance, but with your unique customizations. Enable customers to trade directly from peer-to-peer. Experience easy-to-understand, bug-free clone scripts that will bring your Binance-like platform to life in no time.

how to open Binance exchange to buy bitcoin #cryptotradingexchange #binance # howtoopen Binance link: https://www.binancezh.pro/en/register?ref=XW91KRSO buyi... Enjoy the videos and music you love, upload original content, and share it all with friends, family, and the world on YouTube. Thank you for watching the video on my channel Professional Trader. Like, subscribe to the channel, click on the bell and wait for a new video. To install the software you need to download and run ... Join us at investofy.com/bitcoin-signals sign up for Coinbase using the link and receive $10. https://www.coinbase.com/join/52a5ea44284ea30a2a000220 open a b... IN today's video we take a look at how to Use Binance , specifically, how to deposit and withdraw on the Binance Exchange. I've set up a new Telegram group f... Binance para iniciantes - veja como usar essa exchange de Bitcoin! Tutorial 2019/2020 - Link: https://cryptotchaps.com/link/binance • Binance: https://crypto... HOLA Amigos es un gusto saludarlos nuevamente, en esta ocasión les comparto este video para los amigos que quieren realizar Trading con Criptomonedas en el E... +44 7966 871854 - Adrian Hibbert Moving BitCoin from Bitstamp Exchange to Bittrex Exchange http://Bittrex.com http://Bitstamp.net Adrian Hibbert Internet Mar... Learn the basics of Bitcoin Trading in Philippines for beginners. In this video I will show how to Buy and Sell or Trade btc to other altcoins. I will also s... Best Crypto Exchange- ZERO FEES HACK ... How To Trade Bitcoin Cryptocurrency for Beginners - Duration: 7:48. Fred Yen 611,489 views. 7:48. 5 Altcoins That Could 100x 💯📈 - Duration: 17:31 ...